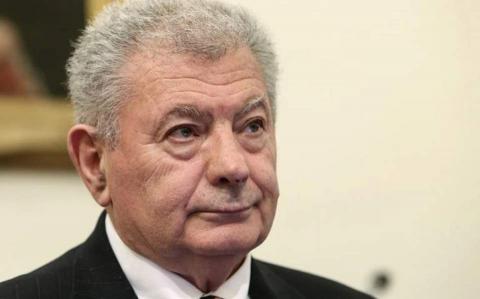 The wife of Sifis Valirakis, a former minister and anti-junta activist during Greece's 1967-74 military dictatorship who was found dead at sea on Sunday night, has not ruled out possible manslaughter.

In a letter to Shipping Minister Yiannis Plakiotakis on Tuesday, Mina Papatheodorou-Valiraki said there were indications that it was possible another boat was in the sea area at the time which may have been involved in an accident.

Valirakis, 77, had gone out in his inflatable craft at Sunday noon off the coast of the island of Evia in central Greece, where his family has a vacation home.

His boat was found in the afternoon without him, and his body later in the evening.

His wife said that people in the small community of Eretria may submit evidence of the involvement of a fishing boat, "which means that the case for manslaughter is strong...