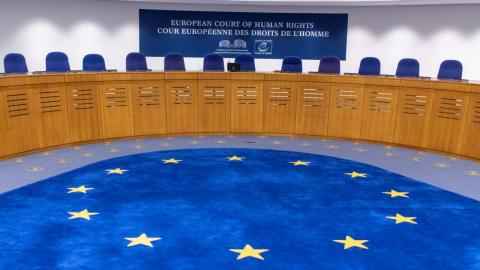 The European Court of Human Rights ruled in a decision published on Tuesday that Serbian citizen Aleksandar Zlicic was subjected to inhuman and degrading treatment at a police station in the city of Novi Sad after he and his friend were arrested in 2014 for allegedly possessing cannabis.

In his case against Serbia, Zlicic claimed that after the arrest he was beaten in custody to force him to sign a document that he had a small plastic bag of cannabis that police allegedly found near a bench that he and his friend were sitting on.

"Specifically, four police officers repeatedly punched him in the head and the abdomen and one of those police officers, S.D., threatened to detain him for a period of forty-eight hours and to inform his employer," the ECHR decision said.

"At one point, the applicant was forced to remove all of his clothes, but was then allowed to get dressed again. Fearing additional police abuse, the applicant ultimately signed a document confirming seizure of the small plastic bag in question," it added.

The Strasbourg-based court said that "the ill-treatment suffered by the applicant must be classified as inhuman and degrading".

It ordered Serbia is obliged to pay 6,700 euros to Zlicic - 2,700 euros in damages and the rest to cover his costs and expenses.

Zlicic and his friend were arrested on January 10, 2014, after police allegedly found a bag with a cannabis next to them. Both claimed the bag was not theirs, but they were arrested. Later it was established that there was 4.23 grammes of cannabis in the bag.

Fearing additional abuse by the police, Zlicic did not go hospital immediately after his release, but did so on two days later.

He was diagnosed with a contusion of the head and face, and a...