Greece headed for ‘some normality’ by spring, summer 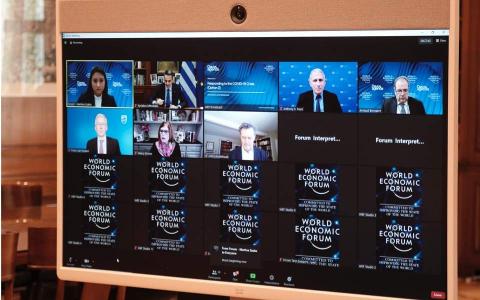 Prime Minister Kyriakos Mitsotakis reckoned on Monday that Greece could return to "some normalcy" at the end of spring or the beginning of summer if the vaccination program remains on track.

Speaking during the online session of the World Economic Forum, Mitsotakis said the supply of vaccines from the European Union will be pivotal, noting that it must be expedited.

At the same time, however, he praised the EU agreements with the big pharmaceutical companies as a "success story."

"The EU decision to buy vaccines centrally and distribute them according to the population of its member-states is an act of solidarity," he said.

Referring to the way Greece has dealt with the two waves of the pandemic, he said that "we have learned that we need to listen to experts and scientists and make decisions early."