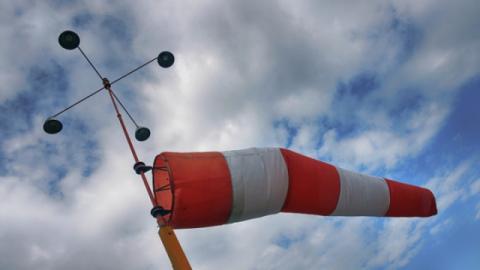 On 26 January, the atmospheric pressure will rise slightly during the day, but will remain significantly lower than the average for the month.

The wind will again blow from the northwest, in eastern Bulgaria - from the north, in the afternoon wind will rise and will sweep in cold air. It will be cloudy with light snowfalls, in the southern and eastern regions of the country it will rain. In the afternoon, the snowfall will stop.

By 2 p.m., temperatures will be between 1°C and 6°C, higher in eastern Bulgaria - up to 10°-12°C. In the early hours of Wednesday in eastern Bulgaria the rain will turn into snow, as the strong northern wind will cause blizzards and snowdrifts, according to the forecast of the national weather service.

In the mountains it will be cloudy and foggy with snowfalls and southwestern wind, which around noon will blow from the north rising to strong. Then the cold front will sweep in. The maximum temperature at a height of 1,200 meters will be about 3°C, at 2,000 meters - about -4°C.

Over the Black Sea coast the sky will be overcast. In the afternoon, rain will start, which by midnight will turn into snow. Moderate to strong south-southwestern wind in the evening will change direction to the north, rise to strong and bring in cold air. Maximum air temperatures will be 10°-13°C. The seawater temperature is 8°-10°C. Sea State is 2-3.