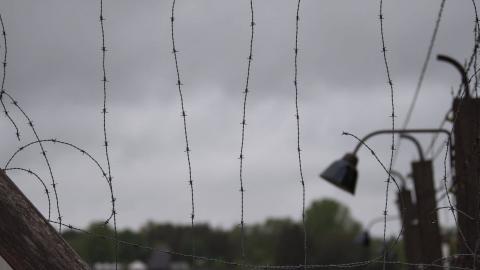 "During the bombing, we did not [feel] comfortable in the wagons, but we all felt somehow happy because we knew that the destruction of some factory in Germany meant it was one day closer to the end of the war," a Croatian Czech called Franjo Zada said in the memoirs he wrote after World War II, recalling the events of mid-1944 when Allies bombed Munich.

At the time, Zada was being detained in railway wagon near Munich with other prisoners who were to be transported to Dachau, the Nazi concentration camp. A shell fell on the wagon next to theirs and killed the prisoners inside.

Before the long-awaited end of the war, Zada was moved from camp to camp by the Nazis, experiencing hunger, thirst, exhausting work, illness and mass murder. The moment of liberation was anticipated "in agony", he wrote.

Zada, which came from the Croatian town of Virovitica, had been arrested for being a member of the anti-fascist Yugoslav Partisan movement led by Josip Broz Tito. He was captured at Bilogora, a low mountain range in central Croatia, by Croatian fascist Ustasa troops and deported to Nazi camps.

He wrote down his very precise and vivid memories in a notebook, entitling them 'A Slice of Life from Dachau to Mauthausen' ('Dionicom života od Dachaua do Mauthausena'). That notebook, handwritten from cover to cover, is now in the possession of his grandson Ivan Zada, a journalist with the Croatian commercial television station RTL.

The cover page of Franjo Zada's memoirs entitled 'A Slice of Life from Dachau to Mauthausen'. Photo: BIRN.

"My grandfather had the number 79998," Ivan Zada told BIRN. He was given the number upon arriving at Dachau, like all the incoming prisoners. As his grandson pointed out, it was also another way in...