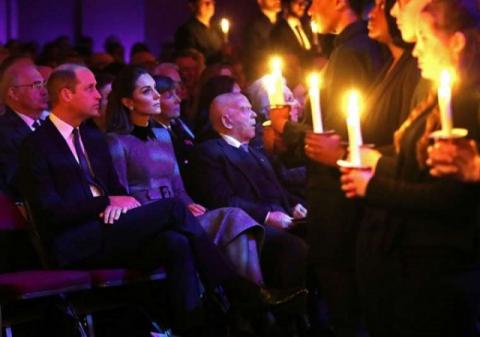 Every year, the victims and the families of the Holocaust are remembered with a series of events as a way to honour their memory and remind the world of the horrors that took place.

Six million Jews were killed during the Holocaust, but in a world scarred by genocide, it's not just those who died under Nazi persecution that are remembered but also people who died in other genocides in Africa and Asia.

But when does the commemoration take place and how will it be marked this year with lockdown and social distancing in place because of the coronavirus pandemic? Here's what we know.

It is a British commemoration day dedicated to the remembrance of those who suffered in the Holocaust under Nazi persecution and in subsequent genocides in Cambodia, Rwanda, Bosnia, and Darfur.

It was first held in January 2001 and in 2005, the day has been supported by the Holocaust Memorial Day Trust, a charity set up and funded by the UK Government of which Prince Charles is patron.

Holocaust Memorial Day is marked every year on 27 January.

The date was chosen because on 27 January 1945, the Auschwitz concentration camp was liberated by the Soviet troops.

There is usually a national event that brings together survivors, their families, celebrities and members of the Royal Family to mark the day.

The theme for Holocaust Memorial Day 2021 will be "be the light in the darkness" to encourage everyone to reflect on the depths humanity can sink to as well as the ways individuals and communities resisted that darkness to '-"be the light" before, during and after genocide.