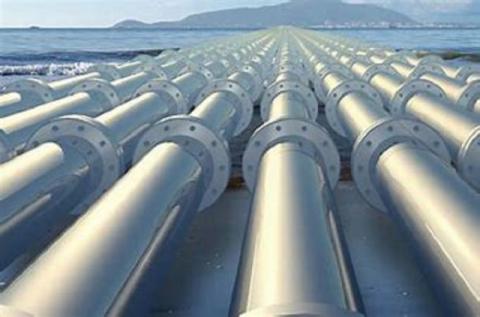 The consequence of being cut off from the world's largest and most dynamic economy is bad enough, but perhaps equally damaging is the pariah status associated with being on the wrong end of Washington's Treasury Department

The massive tubes that stretch across Bulgaria, at first glance, appear benign. Traveling like an earthworm both beneath the soil and over land, the so-called Balkan Stream gas pipeline futilely tries to avoid drawing attention to itself. This pipeline, though, is not akin to an earthworm burrowing its way through the Balkans, but a snake—one with deadly venom.

If you haven't heard of the Balkan Stream, then chances are you know this pipeline by its proper name, TurkStream, which originates in Russia, runs under the Black Sea, emerges in Turkey and then on to Bulgaria. Renaming the pipeline was a Potemkin effort by Bulgarian prime minister Boyko Borisov to camouflage its connection to the Russian pipe, the inauguration of which would subject Bulgaria to Russian president Vladimir Putin's whims and isolate my country from the democratic West.

That is because the United States intends to sanction anything that touches TurkStream, and for good reason as the pipeline's sole mission is to cripple Putin's enemies and finance his corrupt regime. The fact that TurkStream infrastructure has penetrated Bulgaria is an undeniable victory for the Kremlin—but the victory can be made hollow. In March 2021, the Bulgarians will head to the polls and to avoid future sanctions, reject Putin's nefarious aims, and stand with our European and U.S. allies, the next governing coalition in Sofia must ensure that the Bulgarian section of TurkStream will never carry Russian gas.

Doing so would bring manifest benefits,...