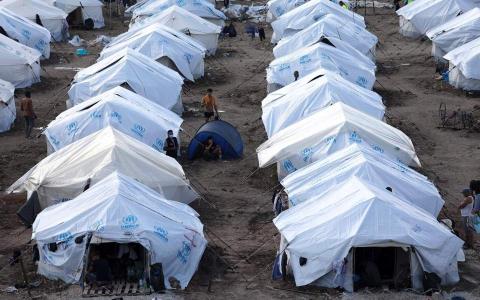 Lead pollution tests at a temporary migrant camp built on a former army firing range on the island of Lesvos showed no threat to safety, Greece's migration minister said on Thursday, after concerns over toxic waste were raised by rights groups.

A report from Human Rights Watch last year said the site, built after the sprawling Moria migrant camp on Lesvos burnt down last year, could pose a serious health risk because of contamination from spent ammunition under the soil.

In response, officials tested 12 soil samples from the camp in November. Results released this week showed 11 samples had pollution levels within permitted European Union guidelines, while the 12th was over the limit.

Migration Minister Notis Mitarakis said all samples from residential areas were within permitted levels. The sample that exceeded them was from an administrative area of the camp,...