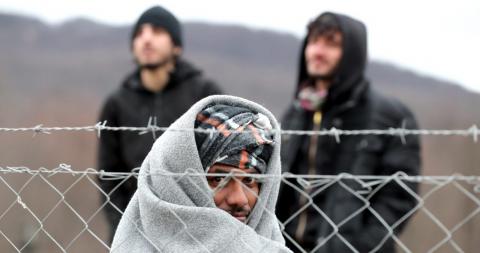 Alarmed at the increasing frequency of expulsions and pushbacks of refugees and asylum-seekers on Europe's land and sea borders, the UN Refugee Agency, UNHCR, on Thursday called on European states to investigate and halt these practices.

Jan Kapic, the spokesperson for UNHCR in Croatia, told BIRN that for some time it has been receiving credible reports of people who say they have been unlawfully returned from Croatia to Bosnia and Herzegovina and Serbia.

"These reports highlight problems regarding the identification of asylum claims, access to the territory, violence and excessive use of force, identification of vulnerable individuals, including unaccompanied children, etc.," Kapic said.

According to him, UNHCR is "deeply concerned" about these reports and has asked Croatia to investigate "all claims of denied access to territory and of violations and abuse and to establish an independent assessment mechanism to establish the facts of the border situation".

"Boats carrying refugees are being towed back. People are being rounded up after they land and then pushed back to sea," Triggs said.

As UNHCR recalled, the 1951 Refugee Convention, the European Convention on Human Rights and EU law all "require states to protect the right of people to seek asylum and protection from refoulement, even if they enter irregularly".

Kapic said the UN agency "considers that all countries have a legitimate right to control their borders and manage irregular movements", but that they also have an obligation under international law to assess the claims of people who seek...