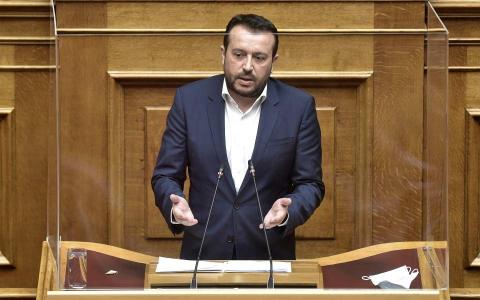 A case file containing the findings of an investigation into the minister of digital governance in the former left-led government, Nikos Pappas, is headed to Parliament, where lawmakers will debate the merit of accusations concerning his role in a contentious auction for television licenses.

If lawmakers find that there are grounds for the accusations leveled against the former government official to be investigated further, they can vote to lift Pappas' immunity from prosecution.

According to the case file forwarded via the Supreme Court prosecutor, a preliminary probe into Pappas' actions during the 2016 auction has turned up evidence pointing to the need for a further probe into the claims of a businessman involved in the process.

Christos Kalogritsas has accused Pappas, who was responsible for overseeing the licensing process, of "setting up" the...