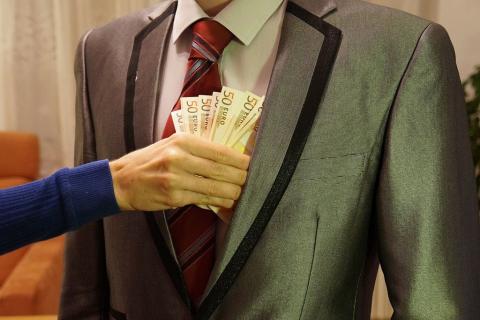 Ljubljana – Slovenia has made no headway in the 2020 Corruption Perception Index (CPI) compiled annually by Transparency International (TI). Like in 2019, Slovenia ranked 39th among 180 countries included in the index. With a score of 60 points, it once again fell short of the EU average of 64 points and the OECD average of 67 points.

Since 2012, Slovenia has not made headway up the CPI rankings. The index measures the perception of corruption in the public sector, with 0 points indicating a high level of corruption perception and 100 points a very low level of perceived corruption.

TI Slovenia said that the country’s lack of headway reflected slow progress in anti-corruption reforms and the absence of measures to enforce existing rules.

TI Slovenia head Alma Sedlar noted that Slovenia had adopted two important documents last year: changes to the act on integrity and corruption prevention and the ethics code for MPs. “But it seems we settled too soon.”

Sedlar is concerned that the government has not yet drafted a new transparency and integrity programme a year after the previous has expired and wonders how the drafting of whistleblower protection legislation is going.

TI Slovenia urged the government in November to launch a public discussion on the protection of whistleblowers, as the country must transpose the EU whistleblower directive by the end of the year.

Transparency International noted as it released the CPI that the pandemic had not caused only economic and healthcare crises, but it also affected corruption risks. Countries had trouble fighting corruption risks and even the most developed ones were not completely immune to corruption.

The analysis also showed that countries ranking lower on the index invest less in healthcare in terms of share of GDP.

The Commission for the Prevention of Corruption (KPK) said the CPI ranking could be no reason for satisfaction neither for the commission nor the country as such.

Considering the pandemic, improvement could not have been expected, however the pandemic is not the only reason for Slovenia’s stagnation. It also noted that it detected a number of corruption risks in Slovenia’s purchases of protective and medical equipment.

The KPK said that following the passage of the changes to the act on integrity and corruption prevention, the KPK was still waiting for additional funds to implement the changes that give it additional tasks.

The average CPI score in 2020 was 43, with as many as two-thirds of countries scoring less than 50 points. The situation has visibly improved in only 22 countries since 2012.

Corruption perception is the lowest in New Zealand and Denmark (88 points each), followed by Finland, Singapore, Sweden and Switzerland (85 points each).

Ranking at the bottom are South Sudan and Somalia (12 points each), followed by Syria (14), Yemen and Venezuela (15 points each).