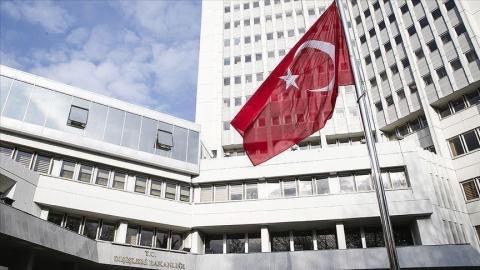 Turkey reaffirmed its support on Jan. 29 for the legitimate struggle of the Turkish minority community in Western Thrace in Greece.

The Turkish Foreign Ministry posted a message of support on Twitter with reference to the January 29 Western Thrace National Resistance and Solidarity Day.

"Greece rejects to comply with ECHR's decisions which favored the Turkish minority," it said, citing the European Court of Human Rights.

"We will continue to stand with our kinsmen in their right struggle," the ministry added as it hailed the Turkish minority's struggle to make Greece recognize its ethnic identity that is Turkish.

Turkish minority in Greece and their struggle

In 1988, the Greek judiciary shut down several associations in Western Thrace which had "Turkish" in their names, by saying "there are no Turks in Greece."

A march on Jan. 29 that year was convened to protest the decision.

It was the final straw. The Turkish minority lived through years of oppression which were tightened after Turkey intervened in Cyprus in 1974.

In those years, Turks in Western Thrace experienced significant difficulties in obtaining driving licenses and repairing or building new homes -- just two examples of the oppression.

On the second anniversary of the rally in 1990, far-right Greeks, in a spirit of revenge, attacked more than 500 shops belonging to Turks in Komotini and Xanthi and injured several people.

The event is described as a "mini-pogrom" by academics.

Today, associations with "Turkish" in their names are still banned in Western Thrace, although the ECHR ruled against Greece in 2008.

The Western Thrace region is home to 150,000 Muslim Turks.

Turkish FM Cavusoglu direct threat to Greece and Cyprus: “They will pay a heavy price for abetting terrorists”