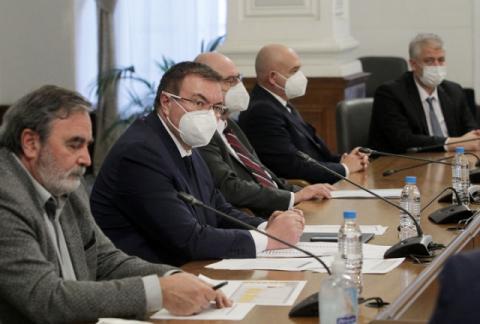 An electronic register system of Bulgarian citizens wishing to be vaccinated will be operative by the end of February, reported Minister of Health Kostadin Angelov at a working meeting convened by Prime Minister Boyko Borisov at the Council of Ministers.

The Health Minister noted that the pilot electronic register is being developed in collaboration with Information Services, as the aim is to let every Bulgarian citizen who wishes to be vaccinated fill in his/her application electronically in order to have the opportunity to choose whether to be vaccinated by his GP or by a medical institution. This will facilitate the logistics for those wishing to get vaccinated.

"We expect this project to be ready by the end of February and at the beginning of March we will be ready to work with the system," said Prof . Angelov, quoted by the government press office. The health minister added that the situation in the country remains under control, with an extremely good trend being that the recovered patients are ten times more than new cases. Angelov also confirmed that this week he will submit amendment to the vaccination plan to the Council of Ministers for consideration.

Thus, the electoral administration will be included in the third phase of immunization program, which is planned to be implemented in parallel with the second phase.

" We proceed with the vaccination most rationally, keeping the second dose. At the same time, we have adopted the most lenient measures", noted Prime Minister Boyko Borissov and reminded that while in other countries there is a curfew and there are no beds in hospitals, in Bulgaria practically absolutely free movement of people is allowed.