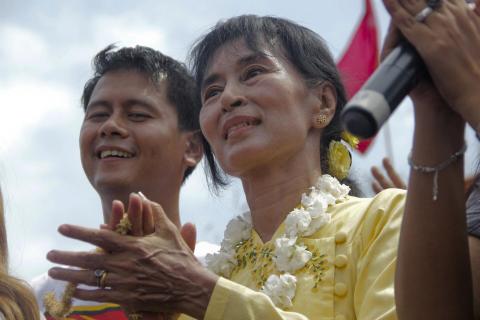 Myanmar military television said on Feb. 1 that the military was taking control of the country for one year, while reports said many of the country's senior politicians including Aung San Suu Kyi had been detained.

A presenter on military-owned Myawaddy TV announced the takeover and cited a section of the military-drafted constitution that allows the military to take control in times of national emergency. He said the reason for takeover was in part due to the government's failure to act on the military's claims of voter fraud in last November's election and its failure to postpone the election because of the coronavirus crisis.

The announcement and the declaration of a state of emergency follows days of concern about the threat of a military coup, and military denials that it would stage one, and came on the morning the country's new Parliament session was to begin.

The takeover is a sharp reversal of the partial yet significant progress toward democracy Myanmar made in recent years following five decades of military rule and international isolation that began in 1962. It would also be shocking fall from power for Suu Kyi, who led the democracy struggle despite years under house arrest and won a Nobel Peace Prize for her efforts.

Suu Kyi's National League for Democracy released a statement on the Facebook page of its party head saying the military's actions were unjustified and went against the constitution and the will of voters. The statement urged people to oppose Feb. 1's "coup" and any return to "military dictatorship."

It was not possible to confirm who posted the message as NLD members were not answering phone calls.