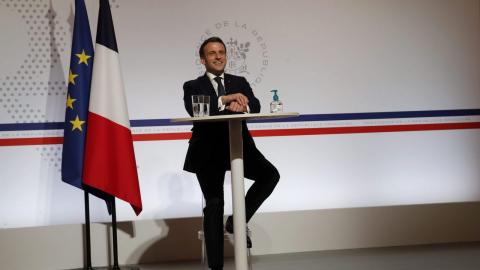 In the 2019 Eurobarometer, only a third of French respondents - 32 per cent - approved of enlargement, while 58 per cent were against. This was comparable to opinion in Germany or Austria, where 57 per cent were also opposed - but despite that, the governments of these countries strongly favour EU membership for the Western Balkans.

Today, much more than in 2004, perceptions of public opinion dictate France's policies towards Western Balkans EU accession. In TV debates ahead of the European Parliament elections in May 2019, the vast majority of French parties competed in anti-enlargement zeal.

The French political elite is not really against EU membership for these countries. But, fearing electoral punishment, President Emmanuel Macron and his government are reluctant to appear as supporters of enlargement. They only agreed to the opening of accession talks with North Macedonia and Albania after the European Parliament elections and after the appointment of the new European Commission - and in the midst of the pandemic, when they thought no one was watching.

But do French voters really care? French politicians, reluctant to conduct in-depth opinion research on such a niche subject, have relied on superficial polling - and on their intuition. But simply asking people whether they are for or against an unfamiliar issue, such as EU enlargement, is not the same as evaluating how much it matters to them, and how much it may influence their vote.

A report published on Monday by the Open Society European Policy Institute and the independent think tank d|part provides a deeper dive. Through opinion surveys and focus groups, the study finds that the question of Western Balkan accession is not greatly important for most of the French population.<...