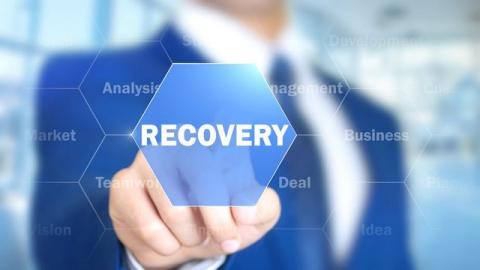 Ljubljana – The parliamentary Labour Committee is discussing the eighth economic stimulus bill, worth around EUR 320 million. Labour Minister Janez Cigler Kralj said that with the bill, the government wanted to find the middle ground with social partners by taking into account their proposals as much as possible.

He said that just like the previous seven economic stimulus laws, this one will preserve jobs and help businesses; he pointed to the extension of the furlough scheme, the government shouldering part of the minimum wage rise, and measures to help the elderly recover from Covid-19.

The furlough scheme, which has been in place since last spring, will be extended until the end of April, with the option of another two one-month extensions.

All employers registered by 31 December 2020 whose revenue dropped by more than 20% due to the epidemic will be eligible.

The novelty in the furlough scheme is the state covering not only 80% but 100% of the wages in companies which are closed due to government-imposed restrictions.

Since the minimum wage increased this month, the minister deems it right that part of the cost is temporarily covered by the state.

A subsidy of EUR 50 per minimum wage worker is planned for the first half of the year, while in the second half, employers will be exempt from paying social security contributions for their workers, said the minister.

The bill expands the groups eligible for a one-off allowance to include secondary schools students aged 18 or more and university students studying abroad, as well as some disabled workers and war veterans. Those who became unemployed after 12 March 2020 will also received EUR 150.

Aid for providers of public road and railway transport is being extended by three months, that is mostly until the end of June. The Red Cross and Caritas will also receive additional funds, said Cigler Kralj.

As for the elderly, those who have been infected with coronavirus and need more hospital treatment after the illness and those who cannot be discharged home will be eligible to prolonged treatment and care, including to physical and work therapy, he said.

The opposition was critical that the invitation to trade unions to today’s session had been sent out only 40 minutes before the session, so they did not attend it.

The head of the OZS chamber of small business, Branko Meh, meanwhile said the state aid was welcome but business people would foremost like to be able to work again.

Some other opposition MPs highlighted the same issue, with Zmago Jelinčič of the National Party (SNS) saying people should be allowed to work.

Marko Bandelli of the Alenka Bratušek Party (SAB) added that “the government has brutally stopped all activities”.

Bandelli and Andreja Zabret of the Marjan Šarec List (LMŠ) criticised the government for distributing “candies” while not having prepared an exit strategy yet.

Edvard Paulič of the LMŠ said the measures taken so far had not been effective enough, with Zabret adding they were also too complicated and too slow. They should also be better tailored to individual sectors.

Miha Kordiš of the Left criticised the government for what he said was a mere EUR 370 million distributed among households, while five times the amount went to capital and capitalists. As a result, workers come to work infected or even ill, which could be prevented with a 100% salary compensation in case of Covid-19 infection.

The ruling Democrats (SDS) begged to differ, with Eva Irgl saying: “The government is doing its job very well and people see that.” Marjan Pojbič added that with the seven economic stimulus laws, the government had protected at least 300,000 jobs.