OLAF: Bulgaria to Return Nearly 6 Million Euros to EU for Alleged Abuse in the Ministry of Interior 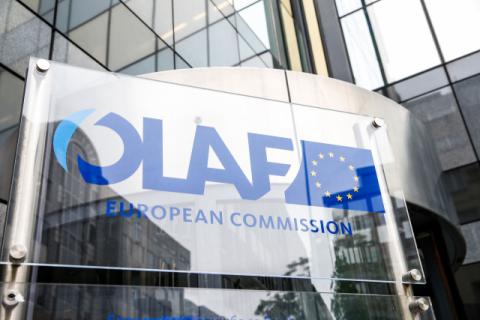 The investigation refers to a contract concluded by Uzunov on March 23, 2017 for the purchase of police cars with European funds.

At the time, Plamen Uzunov was acting Minister of Interior in a caretaker government appointed by President Rumen Radev and headed by Ognyan Gerdzhikov as caretaker Prime Minister (in office from January to May 2017).

Currently, Plamen Uzunov is President's secretary on legal affairs and anti-corruption. Uzunov was arrested in July 2020 because of an SMS chat communication with an accused businessman Plamen Bobokov, charged in relation to illegal importing and processing of waste.

The full text of OLAF's communication from February 1, 2021:

The Bulgarian Ministry of the Interior breached the terms of its grant agreement by using EU money to buy SUVs from older stocks instead of new all-terrain police cars, according to an investigation closed recently by OLAF, the European Anti-Fraud Office. OLAF has recommended the recovery of nearly €6 million in European funds and that criminal proceedings could be considered against officials of the Ministry.

OLAF's investigation began in July 2018 following allegations of fraud and the misappropriation of EU funds from the EU Internal Security Fund grant agreement managed by the Bulgarian Ministry of Interior. The agreement concerned the delivery of 350 all-terrain vehicles for use by the police.

During the course of its investigation, OLAF collected and analysed all the relevant documentation from the Bulgarian Ministry of Interior and interviewed all the key participants in the preparation and implementation of the...