Three arrested in drug bust to appear before magistrate 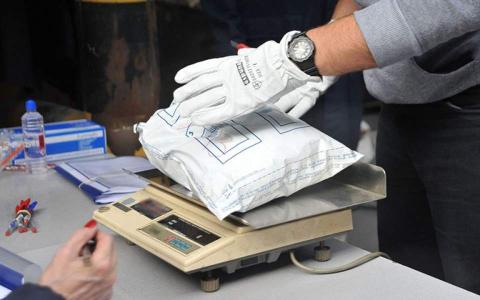 Three foreign nationals, two Albanians and one Croatian, arrested last Friday in the northern port city of Thessaloniki in possession of 300 kilograms of cocaine are to appear on Tuesday before an investigative magistrate.

A second Croatian is still at large after managing to escape during the police operation and climb down from the sixth floor of an apartment building. The bust took place after Greek authorities were notified by the US Drug Enforcement Agency.

According to reports, the two Croatians drove to Greece in their cars in mid-January and leased an apartment in Thessaloniki via the AirBnB platform as well as a minivan in which most of the confiscated cocaine was found.

They traveled to Thessaloniki to pick up the drugs, which allegedly arrived by sea at the city's port hidden in a container. They were then supposed to supply the drugs to the two...