Will Political Forces in Bulgaria Rearrange after President Announced His Wish to Run for Second Term? 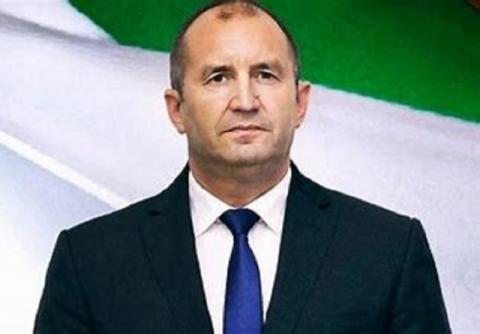 Yesterday, President Rumen Radev announced that he and Vice President Iliana Yotova will run for a second term. This became clear during a press conference at which the head of state reported on what had been done over the past four years.

"The main task of anyone who wants to change the governance model is to win the parliamentary elections. In recent years, we have a presidential institution that is in strong opposition to the status quo and the government. It wielded powerful public energy. However, nothing has changed because we have a Constitution that clearly defines Bulgaria as a parliamentary republic", commented political analyst Assoc. Prof. Rosen Karadimov before "Hello, Bulgaria" radio talk show.

He pointed out that the president has very large symbolic power. However, talk of a change of model and a new type of government was only possible if there were a new parliamentary majority and a government appointed by this majority.

"For the president, any government in which GERB participates will be a backstage government of the mafia and of the conquered state. He is at war with GERB and his stand is based on the classic definition of populism - "we honest citizens, against corrupt political elites". He appears as the leader of these "honest citizens," explained political scientist Assoc. Prof. Stoycho Stoychev.

According to him, Radev is aiming higher than the presidential institution and wants to run the country.

"Already in the upcoming parliamentary elections the president will participate indirectly by taking sides with some...