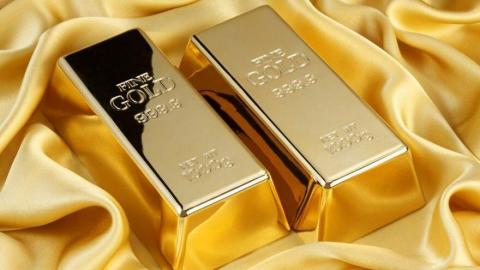 Speaking at the ruling Justice and Development Party's provincial congress in Bilecik, Dönmez said the new reserves are forecast to produce 6-7 tons of gold per year, while offering employment to 800 people.

Over the past 18 years, investments of nearly 4 billion Turkish Liras ($560 million) were realized in the
Bilecik province with 392 million liras (around $55 million) invested in the first half of 2020 alone, he said.
Turkey's gold production in 2020 reached the highest level in the history of the country at 42 tons, contributing $2.4 billion to the economy.

Nonetheless, the country's gold imports showed a year-on-year 123 percent increase to $25.2 billion in 2020.
Turkey has invested $6 billion in the gold sector, currently employing 13,200.

Turkey aims to increase its domestic gold production to 100 tons a year in the next five years, Energy and Natural Resources Minister Fatih Dönmez said.