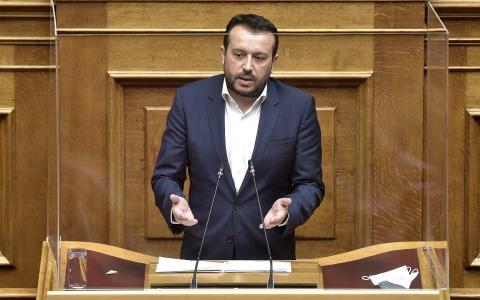 The Justice Ministry on Wednesday forwarded the case file containing the findings of an investigation into Nikos Pappas, the digital governance minister in the former SYRIZA-led government, to Parliament, which will debate the merit of accusations concerning his role in a contentious auction for TV licenses in 2016.

If there are grounds for the accusations, MPs can vote to lift Pappas' immunity from prosecution.

A businessman who took part in the auction, Christos Kalogritsas, has denounced it to judicial authorities, accusing Pappas, who was responsible for overseeing the licensing process, of "rigging" the competition.

According to reports, the House majority will decide whether an inquiry committee or a pre-investigative one should be established.

Also on Wednesday, the findings of the Folli Follie investigation were forwarded to Parliament, with...