No atmospheric burden noted after fire at Attica power station 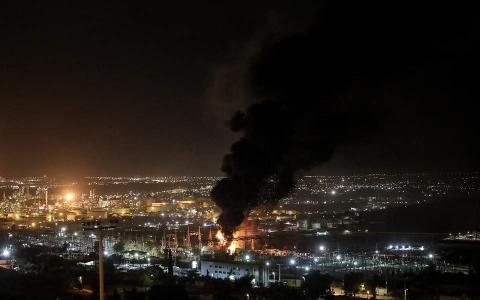 There has been no serious atmospheric burden as a result of the fire that broke out at a high-voltage power station in a suburb of Attica on Sunday night that led to power outages in Athens and Piraeus as well as areas of the Peloponnese peninsula, according to a team of Environment Ministry inspectors that visited the site on Monday.

It was not clear what caused the fire but the country's power grid operator, ADMIE, said it was probably due to a short circuit, the causes of which are being investigated.

The particular power station is a key point of the power transmission system for the supply of both Attica and the Peloponnese.

A tender was recently completed for the upgrade of its facilities in order to improve security of supply but also to function as a reception point when the power grid of the island of Crete is connected to that of the mainland....