Slovenia Joins Region in ‘Me Too’ Outcry Over Sexual Abuse 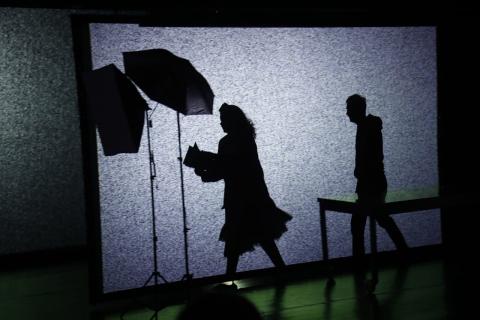 Slovenia has joined the latest "Me Too" outcry in Southeast Europe as more women in the country start to share their own experiences of sexual abuse following reports of sexual harassment in the academic world.

Nika Kovac, an activist and director of the Institute of 8th March - whose name recalls international women's day - told BIRN that two recent cases had triggered reactions: one involving an associate professor from the Ljubljana Faculty of Arts who several students accused of sexual harassment. The other involved the actress Mia Skrbinac - who has been the first public figure in Slovenia to come forward as a victim.

In a show aired on public television a week ago, Skrbinac said an unnamed actor and drama teacher had sexually harassed her while she was a student both during and outside acting classes between 2014 and 2016.

"I think that all those testimonies that are right now in the Slovenian media with faces and real names, and who got the courage, [followed the examples of] colleagues around Balkans," Kovac said. "What is also very important is that those testimonies have opened a space for structural change," she added.

The 8th March Institute filed a legislative initiative in parliament on Tuesday to propose redefining the crimes of rape and sexual violence.

Kovac said that, under current legislation, "using force is crucial in court"; victims need to prove that their violator used force during rape. "But researches have showed that 70 per cent of victims 'freeze' while being raped; they cannot move or say anything," she said.

She said it was important that all the political parties supported the redefinition of rape as proposed by the Institute. "They said they supported it, which was a really important moment...