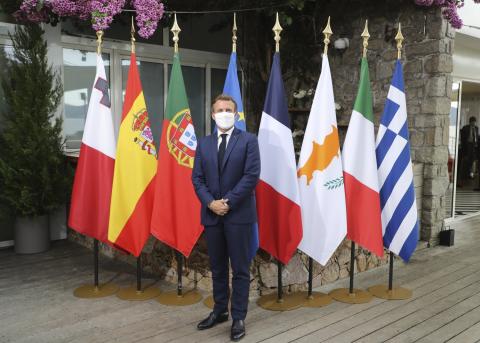 He said Logar had briefed him on Slovenia’s intention to join the group of seven Mediterranean EU countries (MED7), which currently includes Cyprus, Greece, France, Italy, Malta, Portugal and Spain. According to Hristodulides, Cyprus fully supports the idea.

Logar labelled the talks as excellent and noted that small member states should cooperate in areas of shared interest that may not be as important for larger countries. He said Slovenia wanted to join the MED7 because like all Mediterranean countries, it wishes to have a stronger say in tackling common issues.

The Slovenian minister also presented the priorities of Slovenia’s EU presidency and promised Slovenia would strive to achieve comprehensive solutions on new asylum and migration legislation in the EU, one that would consider frontline countries such as Cyprus.

The issue of the divided island was also discussed, as the Cypriot foreign minister stressed that everyone should refrain from any unlawful actions and provocations that might jeopardise efforts to reunite the island.

Hristodulides said Logar understood that the key was to achieve a comprehensive solution in line with UN resolutions and the law, values and principles of the EU. He said a reunited Cyprus had to be a working, stable, modern European country.

The Slovenian Foreign Ministry said in a press release the visit was designed to “maintain good relations with Slovenia’s natural partner and strengthening cooperation with countries in the Mediterranean”.

It said Slovenia had expressed full solidarity with Cyprus concerning the events in the East Mediterranean and the region.