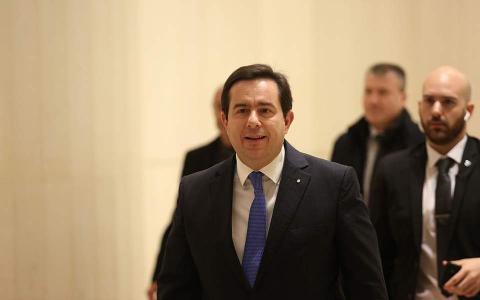 Residents of Orestiada in the Evros border region in northwestern Greece greeted visiting Migration Minister Notis Mitarakis on Monday with a hail of stones, firecrackers, eggs and plastic cups of coffee to express their opposition to government plans to increase the capacities of the local reception and identification center for asylum seekers and the pre-departure detention facility.

The incident occurred in the town's central square, where hundreds had gathered to make their sentiments known to the minister, who arrived under a tight police escort.

In late January, the Regional Council of Eastern Macedonia and Thrace reaffirmed its unequivocal position against the expansion of the facility with a resolution.

The ministry insists the expansion is necessary as the average monthly arrival of refugees/migrants over the last four years amounts to 811 people and...