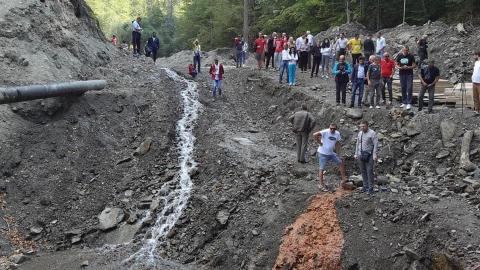 On February 7, the Montenegrin government said they terminated concession contracts for seven hydro plants in the northern part of the country, stressing that five of the investors already filed lawsuits against the state. The Government said they will have to pay compensation to investors, accusing former authorities of making spontaneous hydropower construction planning.

The government has already terminated four contracts for the construction of small hydropower plants on the Rastak, Rezevicka and Ljeviska rivers in northern Montenegro, accusing the investors of failing to meet the terms of the deals. It has proposed to cancel another three, review all concession agreements and introduce a ban on such plants in the future.

"So far, only the privileged have benefitted from the construction of small hydropower plants - often through corruption and nepotism, by obtaining concessions for the construction of these facilities on our rivers, one of the greatest natural resources of Montenegro," Prime Minister Zdravko Krivokapic said on December 4.

The opposition says the government faces being taken to court by disgruntled private investors, at a cost to the taxpayer.

"When they talk about the termination of contracts, the government should be careful because the contracts have given some rights to investors and it is certain that the compensation claims would be high and ultimately fall on the citizens," said Rasko Konjevic, an MP...