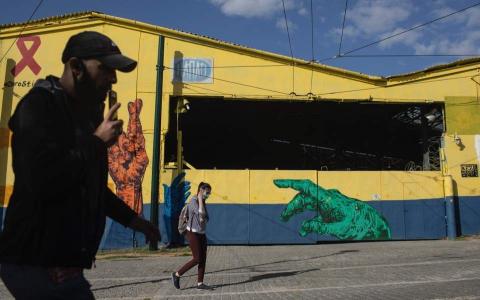 Attica, Greece's most populous region, will enter a hard lockdown on Thursday, which will last until the end of February, Prime Minister Kyriakos Mitsotakis announced on Tuesday.

This means that no retail stores, other than supermarkets and bakeries, will be open and that schools of all grades will return to online instruction. Further details will be announced Wednesday by Nikos Hardalias, the deputy minister in charge of civil protection.

Mitsotakis gave two reasons for more restrictions in the Athens area: an increase in hospital admissions of coronavirus patients that is putting a strain on the capacity of the National Health System and the virus' mutations that appear to make it more easily transmissible.

In his brief TV appearance, Mitsotakis did all he could to insert a note of optimism, saying that this is the virus' "final assault ahead of the final...