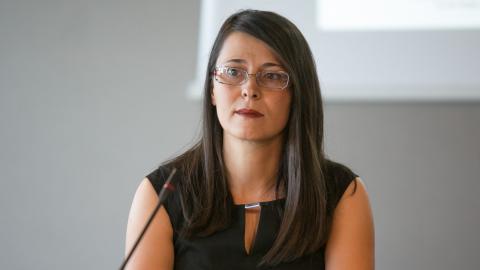 In late January, Calovic Markovic, for years a thorn in the side of the DPS, was named as one of two civil society representatives on a newly-created National Council for the Fight against High-Level Corruption.

It's not the first time she has taken on such a role. Calovic Markovic was elected as a member of the Council of the Agency for the Prevention of Corruption in 2015, when the DPS was in power but was dismissed by parliament three years later. The reason given was an alleged conflict of interest, but critics said it was due to her relentless criticism of the ruling party.

Calovic Markovic said she had good reason to believe it would be different this time.

Under the DPS, "We had representatives of NGOs there, but all the other representatives did everything they could to stop all our ideas that would in any way seriously start implementing reforms," she told BIRN. "This time, we have a much greater readiness on the part of authorities to start with concrete steps."

In its latest report on Montenegro's progress towards accession, the European Commission - the executive arm of the European Union - cited "some limited progress" in the fight against endemic corruption but said it remained "prevalent in many areas" and "an issue of concern."

Accusing the DPS of "connections" to organized crime and corruption, Calovic Markovic called for the dismissal of acting Supreme State Prosecutor Ivica Stankovic and Special Prosecutor for Organised Crime Milivoje Katnic over what she said was their lack of results.

She also called for changes to the way the powerful Supreme...