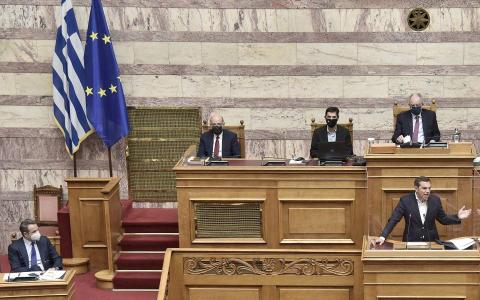 The two clashed notably over the introduction of a police force at universities, answerable to the Hellenic Police rather than the institutions themselves, and the requirement that successful candidates for university admission score passing grades in the countrywide examinations they take at the end of their high school senior year.

The bill was expected to pass on the strength of the ruling conservatives' absolute majority in Parliament.

Tsipras tried to paint Mitsotakis as authoritarian, reactionary and beholden to private interests. He claimed that the passing grade requirement would keep 24,000 students out of the public universities, the majority of them underprivileged, who would...