A new point of contention in the EU 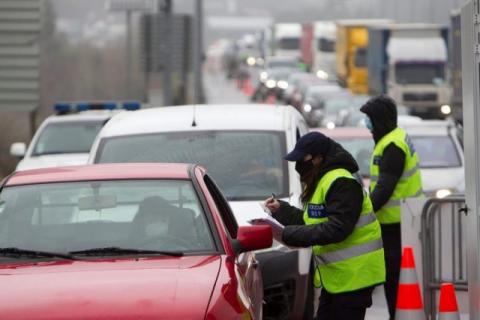 European borders seem to be closing again, Deutsche Welle writes.
Former President of the European Commission Jean-Claude Juncker did not have to think much at the beginning of the year when asked about his worst experience during the first wave of coronavirus. In an interview with DW, he said: "Germany has closed its borders (towards Luxembourg) without thinking about the citizens who are victims of Berlin's arbitrariness."
In February 2021, Juncker can relax. The traffic between the two countries is running smoothly. Anyone traveling from Germany to Juncker's homeland of Luxembourg does not have to fear border controls or go into quarantine. The borders are still invisible. However, the German Ministry of Foreign Affairs advises not to travel to the neighboring country due to the large number of newly infected (170 per 100.000 inhabitants in the last seven days).

The border between Germany and Luxembourg is one of the few national borders in the European Union which, despite the current situation, is still fully open. Most EU member states have lowered the border ramps, at least virtually. Strict quarantine regulations and entry formalities frighten those who travel - or completely ban them from crossing the border in non-emergency cases.
Many politicians also failed to keep their promises that borders would not separate people again during the pandemic. Regional politicians can often only try to limit the damage.
Christophe Arend is a member of the French National Assembly for the town of Forbach, on the border with the German town of Zarbrcken. In the past year, he has repeatedly stressed that borders no longer play any role and that lockdown would only separate families and...