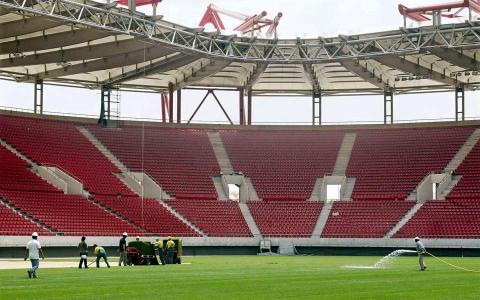 Arsenal will play Benfica in the second leg of their Europa League last-32 tie in Athens due to Covid-19 travel restrictions in the United Kingdom regarding arrivals from Portugal, UEFA said on Friday.

The match will kick off at Olympiakos Piraeus' home ground in the Greek capital at 7.55 p.m. local time on February 25.

The game, which was due to be held at the Emirates Stadium, was moved because Portugal is on the UK's "red list," which means those arriving from the country must self-isolate for 10 days, with no exemptions for elite athletes.

"UEFA can confirm that the UEFA Europa League Round of 32 second leg match between Arsenal FC and SL Benfica will now take place at the Stadio Georgios Karaiskakis in Piraeus, Greece," European soccer's governing body said in a statement.

The first leg will be held in Rome's Stadio Olimpico.
...