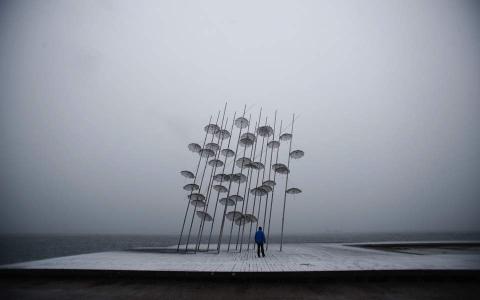 Winter will be returning to Greece briefly, albeit with a vengeance, next week, the national weather service said in an emergency bulletin Thursday.

Dubbed "Medea," the new weather system is expected to make its formal appearance Saturday in northern Greece before sweeping south and east with gale-force winds reaching speeds of up to 9 Beaufort at sea, temperatures 18-19 degrees colder than now and snow in some parts of the country.

Macedonia, Thessaly and central Greece are expected to bear the brunt, though Attica, the Peloponnese and some of the islands will also be affected by the system, which is seen hanging around for about a week.