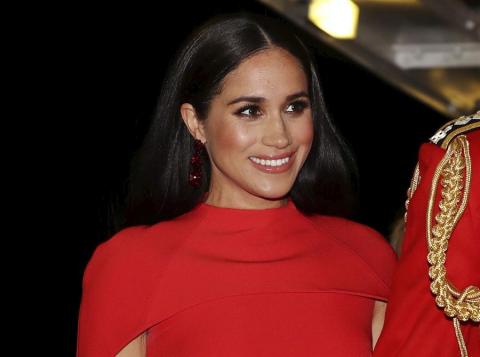 Meghan Markle on Feb. 11 won her high-profile privacy claim against a British newspaper group for publishing a private letter that she wrote to her estranged father.

The Duchess of Sussex, who is married to Queen Elizabeth II's grandson Prince Harry, brought the case against Associated Newspapers after extracts of the 2018 letter appeared in 2019.

Judge Mark Warby ruled that Meghan had a "reasonable expectation that the contents of the letter would remain private".

The letter to Thomas Markle was written a few months after Meghan married Harry, and asked her father to stop talking to tabloids and making false claims about her in interviews.

The judge called it "a personal and private letter" about Meghan's own behavior, her feelings of anguish about her father's behavior - as she saw it - and the resulting rift".

The newspaper group's defense team argued the publication was to correct inaccuracies in a previous article in the US magazine People.

But the judge said the extracts published were "manifestly excessive and hence unlawful".

Meghan, 39, welcomed the ruling, and thanked the court for holding Associated to account for what she said were "illegal and dehumanizing practices".

She accused the Mail on Sunday weekly, its daily sister title the Daily Mail and the MailOnline website of exploiting individuals like "a game".

"For me and so many others, it's real life, real relationships and very real sadness. The damage they have done and continue to do runs deep," she added.

"The world needs reliable, fact-checked, high-quality news. What the Mail On Sunday and its partner publications do is the opposite."