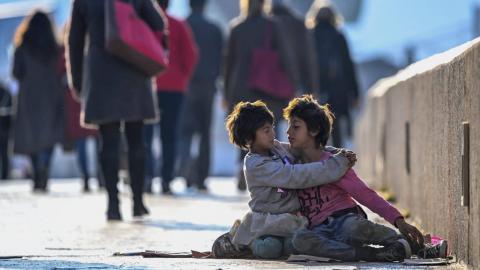 Children with disabilities are more likely to be out of school and excluded from mainstream education in Central and Eastern Europe, the Caucasus and Central Asia than elsewhere, a new analysis by UNESCO shows.

The UNESCO report, "All Means All", published on Friday, covers 30 education systems from Albania, Bulgaria, the Czech Republic, Hungary, Poland, Romania, Slovakia, Turkey, Mongolia, the former Yugoslavia and the former Soviet Union - with the exception of isolated Turkmenistan.

Produced by the Global Education Monitoring Report at UNESCO, the European Agency for Special Needs and Inclusive Education and the Network of Education Policy Centers, it deals with how educational systems treat children with disabilities and from national, ethnic, sexual and other minorities.

The report noted a problem in Central and Eastern Europe in terms of the high number of children with special needs kept in special as opposed to mainstream schools.

"One in three students identified with special needs in Central and Eastern Europe are placed in special schools," the report said.

However, it added that Serbia had reduced the percentage of children with special needs enrolled in special schools from 100 to 36 per cent in seven years, and Moldova had also cut the percentage sharply, from 77 to 9 per cent, over 10 years.

"Roma remain by the far the most vulnerable community in the region," the report noted, with high rates of exclusion from schools in the Balkans.

"About 60 per cent of Roma, Ashkali and Egyptian youth in the Balkans do not attend upper secondary school. Members of these groups are also disproportionally diagnosed with intellectual disabilities," the report pointed out.

It also noted that, although there is...