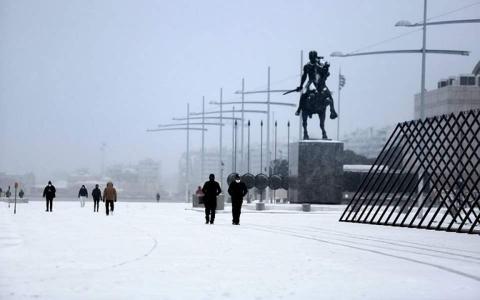 In the northern central Macedonia region, snowfall continues but has abated, according to local authorities, but frost will settle in and make roads treacherous, meteorologists warn. Local authorities say traveling could be treacherous without snow chains.