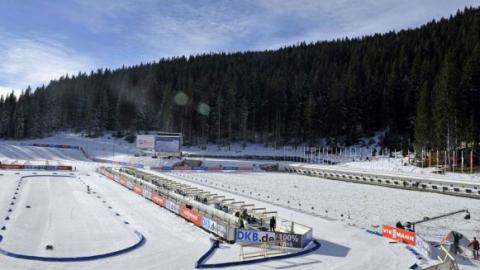 French biathlete Emilien Jacquelin is the winner of Sunday’s pursuit race at the World Championships in Pokljuka. With a perfect shooting record, he clinched the title from Sweden’s Sebastian Samuelsson. Johannes Thingnes Bo of Norway won bronze.

The surprise winner of yesterday’s sprint, Swedish competitor Martin Ponsiluoma, had the best position at the outset, but he missed two targets on the opening shooting to create an opportunity for his pursuers.

The 25-year-old Jacquelin, who is considered a supreme runner, was neck-an-neck with Bo in the second round and unlike Bo hit all targets to emerge victorious.

Miha Dovžan was the best Slovenian in 23rd, whereas Jakov Fak lost a few precious seconds at the start when he fell and finished 35th, having mist two shots standing.

After winning gold in the sprint and mixed relay, Norway’s Tiril Eckhoff dominated the women’s pursuit on Sunday ahead of Lisa Theresa Hauser of Austria and the French biathlete Anais Chevalier-Bouchet.

Eckhoff missed two shots in windy conditions but showed exceptional running performance to finish 17.3 seconds ahead of the runner-up, who missed one shot. Chevalier-Bouchet, who likewise missed two shots, was over half a minute adrift.

After a weak sprint performance there were no Slovenian competitors in today’s event. The next women’s race is on Tuesday.