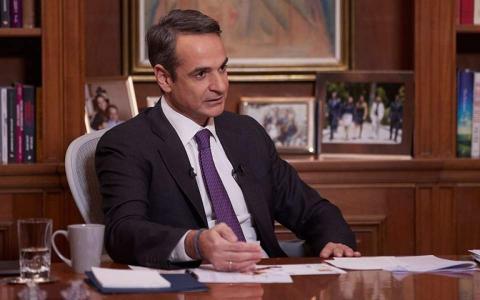 Greek Prime Minister Kyriakos Mitsotakis said that the rate of vaccinations against Covid-19 in the country depends on the availability of vaccines and called the European Union to avoid further delays in their roll out in an interview with Bloomberg Television on Monday.

Mitsotakis said that Greece has fared better than other countries in dealing with the pandemic and inoculations are moving in an accelerated pace.

"There's no doubt there were issues in terms of the execution of this project. I think that the president of the commission boldly enough accepted her share of responsibility," he said, commenting over the curbs in vaccine deliveries due to delays in production.

Rafina Port Authority: Plans for ship electrification
Even If Turkey Gets Modernized F-16s, Greece Will Still Have A Technological Edge In Airpower – Forbes analysis
German Handelsblatt: Greece the most expensive destination in the Med – Turkey the cheapest