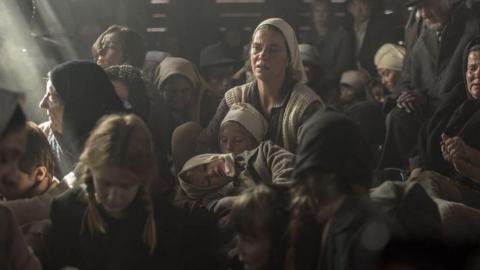 Even before Predrag Antonijevic's new film 'Dara of Jasenovac', about the Ustasa-run World War II concentration camp complex at Jasenovac in Croatia has been released in its native country - Serbia - it found itself at the centre of a welter of criticism, accused of a laundry list of transgressions by American and British film critics.

In August 1941, the Croatian WWII fascist Ustasa movement established the Jasenovac camp system, where over 83,000 Serbs, Roma, Jews and anti-fascists were killed as result of racial and other discriminative laws.

Reviewers have dismissed the film as crude Serbian nationalist propaganda, anti-Croat and anti-Catholic score settling and historical revisionism. One critic has gone so far as to assert that the film should not have been made at all.

The film's depictions of camp violence - and allegedly incest - have generated particular scorn.

'Dara of Jasenovac' aims to convey everyday life in a concentration camp from the point of view of a ten-year-old girl, Dara Ilic, arrested along with her older brother, mother and two-year old brother Budo during the rounding-up of Serb civilians in the Kozara region by Ustasa militias and the German army.

Her father has already been incarcerated in Jasenovac by the Ustasa and is working as a gravedigger at the Gradina execution site, knowing that one day he will dig his own grave. Soon before arriving at the women's and children's section of the camp complex, Stara Gradiska, Dara's mother and older brother are shot dead.

Thereafter, the story focuses on Dara's determination to...