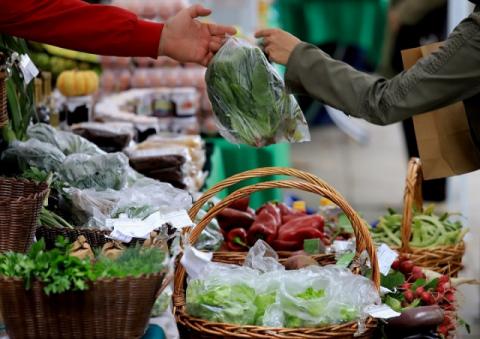 During the pandemic caused by COVID-19, Bulgarians eat more fruits at the expense of bread, pasta, processed meat and sugar. This is according to the data from a survey on consumption of staple food products for the fourth quarter of 2020, provided by the National Statistical Institute, BGNES reported.

According to the data, there has been an increase in consumption of fruits, fresh milk, potatoes, yogurt and meat. At the same time, purchases of sugar, bread and pasta, vegetables, processed meat and oil are reducing. The consumption of cheese, eggs and ripe beans remains unchanged.

At the same time, there has been a cut in spending compared to the same period of 2019, with less money spent on food and soft drinks - from BGN 495 to BGN 485, money spent on alcoholic beverages and cigarettes decreased from BGN 73 to BGN 71, the cost of leisure, recreation and education from BGN 69 to BGN 61. Against this background, the cost of clothing and shoes increases along with the community bills - water, electricity, heating, furniture and maintenance of the home.

The data also show that in the structure of total income with the highest relative share is the income from salaries (54.1%), followed by pensions (30.1%).  Compared to the...