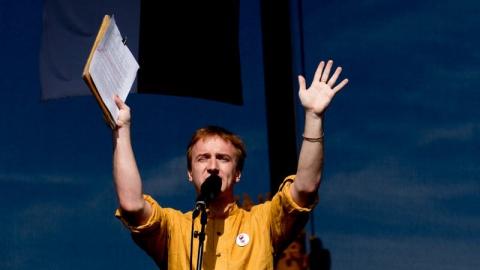 Two opposition coalitions, the centre-right Spolu and liberal Pirates/Stan, have been formed in recent months. Polls suggest each could win 20-25 per cent of the vote, around the same level to which ANO's support has declined amid the government's erratic handing of the COVID-19 pandemic. That suggests that, for the first time in years, the formation of a government without the populist Babis is possible.

However, Minar and his cohorts believe that these coalitions must seek out new sources of support to depose ANO. "Whether it's voters of government parties or mobilising non-voters, I didn't hear a single plan to do it," the 28-year-old former protest leader insisted as he announced at the start of December his plan to launch the LidePRO movement.

Minar hopes to recruit a line-up of prominent candidates and secure 500,000 signatures, at which point he will turn the movement into a party and enter the election.

David Ondracka, the high-profile former head of Transparency International CZ, has joined the effort. The anti-corruption campaigner tells BIRN that just 4 million of Czechia's 8 million potential voters currently participate in the political process, with the rest having given up on seeing any change.

LidePRO is eyeing "half a million people aged 18-29 that see no reason to participate," Ondracka says, adding that "the middle class who feel they have no party to vote for currently" are another major target.

A demonstrator on a roof waves a flag as he looks down at thousands of others gathering to protest against Czech Prime Minister Andrej Babis, a day before the 30th anniversary of the so-called 'Velvet Revolution', at the Letna plain in Prague, Czech Republic, 16 November 2019. EPA-EFE/MARTIN DIVISEK Seeking a...

Czechs Offered Another Chance to Duck Beneath the Rainbow Curtain