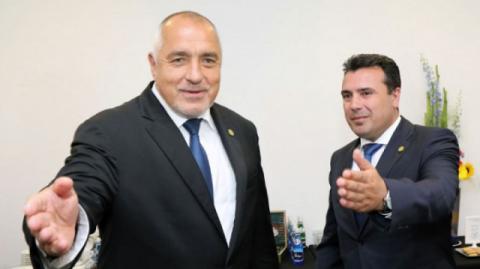 North Macedonia began administering vaccinations against the coronavirus Wednesday from a first batch of 4,680 doses of Pfizer vaccines donated by neighboring Serbia over the weekend.

A doctor and head nurse in the main COVID-19 center at the infectious diseases clinic in the capital, Skopje, were the first to receive the shots.

According to a Health Ministry plan, medical staff in COVID-19 centers will be vaccinated first, followed by members of the public over the age of 65.

Health Minister Venko Filipce said the vaccination of medical staff with their first shots is expected to be completed within 10 days.

Another shipment of about 4,000 dozes of the Pfizer vaccines is expected next week, he said.

North Macedonian authorities signed an agreement to procure 200,000 doses of the Chinese Sinopharm vaccine last week, with which they hope to begin vaccinating later this month.

As of Tuesday, North Macedonia had recorded 97,456 coronavirus cases and more than 3,000 deaths since the beginning of the epidemic year ago in this country of just over 2 million people.

Meanwhile a commentary appeared in Sloboden Pecat (Free Press):  Vučić may be liked or disliked, but on St. Trifon's Day he showed up in Tabanovce (Macedonia's border with Serbia) and brought the first vaccines for the Macedonians. Neither the EU, nor the Bulgarians, nor the Greeks, no one else did it. Where are the vaccines that "Bro" Boyko promised for the Macedonian brothers, asks the author of the article. The vaccines for which Health Minister Venko Filipce specially traveled to Sofia and for which Prime Minister Zoran Zaevthanked "for brotherly help" in advance, points out the author, noting that for good neighborly relations no contracts are needed, but...