Creating a Civic Identity in Bosnia is not a Lost Cause 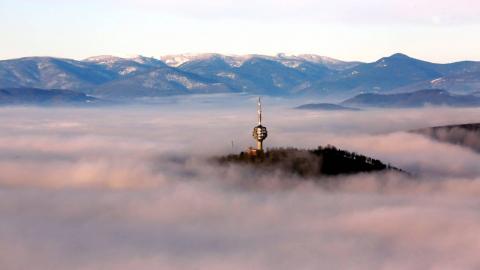 The logic of ethnic "keys" that Dayton introduced in specific realms has sadly become the overriding "logic" of the entire state - no matter how illogical this may seem. Even the composition of the Competition Council - model-obsessed economists assessing whether a merger is good for consumers or not - appears ethnically determined. Ethnic markers have infiltrated realms of life where they were not envisaged by Dayton. Protection of "vital national interests" remains a vague and often abused concept. Supposed safeguards are now a form of sabotage, holding the country hostage to ethnic vetoes.

Of course, these ethnic vetoes can only be exercised by Bosnia's three "constituent peoples", Bosniaks, Serbs and Croats. Others, be they Jewish, Roma or what not, are excluded from serving in higher offices. This includes those who identify solely with a civic conception of Bosnia and Herzegovina. The ethnic keys are used to lock, not unlock, progress.

Then there are associated layers of institutions and bureaucracy that burden Bosnia and Herzegovina, not only in terms of resources but with a lack of transparency, responsibility and accountability. It is true that some of the waste and excess could be cut back without constitutional reform, particularly in the country's entity, the Federation of Bosnia and Herzegovina. But there is little willingness to do so.

Fluidity of identity is source of hope

A Bosnian Muslim woman pray during the funeral in the Potocari Memorial Center, Srebrenica, Bosnia and Herzegovina, 2020. Photo: EPA-EFE/FEHIM DEMIR