Level of happiness in Turkey goes down in 2020: Survey 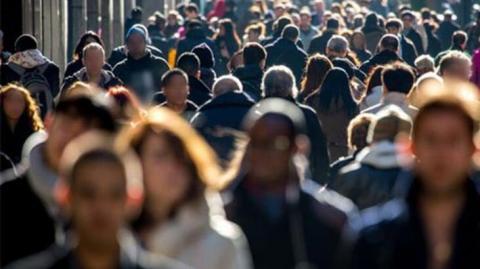 Levels of self-reported happiness among individuals aged 18 and over in Turkey were 48.2 percent in 2020, slightly down from 52.4 percent in 2019, according to a life satisfaction survey released by the Turkish Statistical Institute (TÜİK) on Feb. 18.

The survey showed that the proportion of individuals who said they were unhappy was 13.1 percent in 2019 and 14.5 percent in 2020.

The rate of people who said "I am neither happy nor unhappy" made a slight jump from 34.6 to 37.3 in a year.
The life satisfaction survey also indicated that Turkish women are happier than men.

While the proportion of married individuals who said they were happy was 51.7 percent, this proportion was 41.3 percent for unmarried ones in 2020.

Families were the source of their happiness, the survey showed.

While the proportion of individuals who said their families made them happiest was 69.7 percent, it was followed by children with 15.0 percent, themselves with 4.2 percent, parents with 3.6 percent, spouse with 3.5 percent and grandchildren with 2.2 percent, respectively.