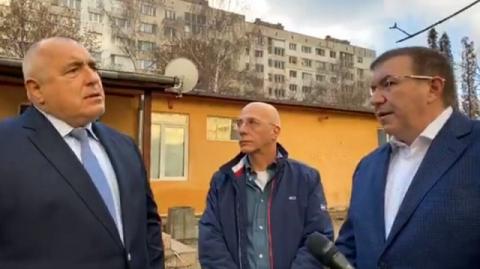 Nearly 30,000 vaccines have been administered in Bulgaria in the three days since Prime Minister Boyko Borissov ordered that "green lanes" should open for anyone willing to be inoculated against the coronavirus.  The authorities report the public is showing a strong interest in getting vaccinated. Vaccination sites are open in all of the country's 28 regions and general practitioners too are starting inoculations as of February 22, Health Minister Kostadin Angelov reported at Monday's working meeting called by Prime Minister Boyko Borissov with the national coronavirus and vaccination task forces and ministers, the government information service said.

Borissov is quoted as saying that "teams must reach people willing to get the vaccine even in the remotest and smallest
population centres. No distinction should be made between big, small and remote places."

Angelov said that arrangements are being made for mobile teams to reach those willing to receive the vaccine in remote villages
and places. Work is underway with the Interior Ministry for logistical support so that vaccines reach remote locations quickly and easily.

Nikolai Brunzalov, deputy head of the governing board of the Bulgarian Medical Association, said that GPs are ready to join
the vaccination campaign. "Logistics has been resolved concerning small population centres where medics may run into
difficulties, so that mass vaccination can start," Brunzalov said.

The head of the national coronavirus task force, Prof. Ventsislav Mutafchiiski, who is also head of the Military
Medical Academy, and Asen Baltov, head of the Pirogov Emergency Hospital in Sofia, provided updates on the vaccine roll-out in their hospitals. COVID-19 mortality has...