A cable of the U.S. Ambassador to Pristina revealed: Help 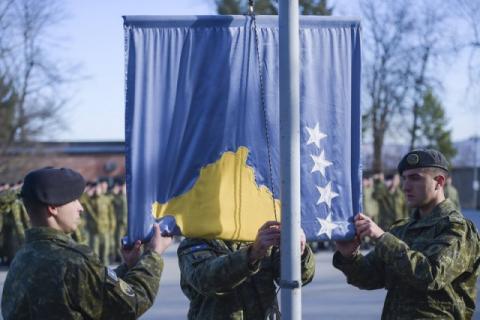 The cable, signed by U.S. Ambassador Philip Kosnett, said the U.S. Embassy in Pristina, Kosovo, is "nearing the breaking point." Even before Covid-19, Kosovo was a tough posting, with air pollution, few green spaces, little chance for outdoor activity & bad infrastructure, "Blic" writes.
All this leads, it is written in a cable, to the fact that "interpersonal conflicts within the embassy are more frequent", a Politico reporter quoted Kosnett as saying.
Pristina even has "ubiquitous packs of stray dogs" that can be "aggressive when hunting for food", the cable notes. For these and other reasons, embassy staffers have been largely stuck indoors amid the Covid-19 crisis.
The embassy is short-staffed, so staffers are tackling more than their usual share of tasks, all while work-life balance has vanished. "This is having a severe negative impact on my health," one employee said in a survey described by the cable.
Working longer hours leads to anxiety attacks, chest pains, loss of sleep.
Approximately 20 percent of embassy employees have contracted COVID-19; the vast majority are [Locally Employed] Staff, which is an indication of ineffective disease control in Kosovo," the cable says.
Kosovo behaves like a country free from COVID-19… But Kosovo is a country ravaged by the pandemic… In the U.S., if you don't wear a mask in public you might end up in a viral video; in Kosovo you're more likely to trend on social media because you're wearing a mask.

1/In yesterdays @POLITICO Nightly newsletter, I snuck in a tiny blurb about how Id obtained a Feb. 15 cable from the U.S. Embassy in Kosovo that described the pandemic-related frustrations of U.S. diplomats there. In this thread, Im going to share more details from the...