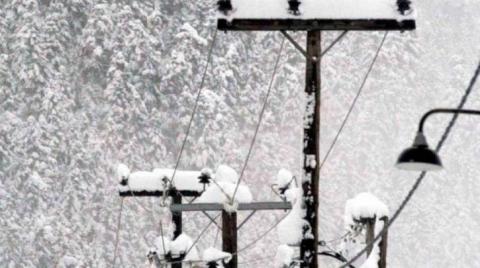 The recent heavy, and long by Greek standards over the last decades, snowfalls left behind rubble and a host of citizens without electricity, heat, and water.

What followed was the customary and interminable Greek dialogue on the repercussion of the power outages, on the responsibilities of services, on those responsible who are nowhere to be found, and on the omissions and inability of competent authorities to repair the damages in a timely manner.

Especially in Attica, where most of the power outages occurred, the branches of pine trees that could not withstand the weight of the snow were blamed, and then there was talk of the responsibilities of municipalities, of the Attica prefecture, of the Public Power Corporation (PPC), and of foresters, as it was not clear who was competent for issuing permits to cut trees and who was responsible in a timely manner for trimming them.

Years ago, when things were unified and clear, everyone knew that the PPC and competent bureaus were responsible for the cleaning and protection of the electrical grid.

However, over time the company changed, responsibilities were sorted out, and the electrical grid was split away from the central bureau even as private stockholders began counting and checking the cost of upkeep and other issues.

Hence, the concept of a public good was at once undermined and underestimated.

In the case of the electrical grid in particular the result is the same and unchanged. Usually, pre-existing investments are exhausted by new, private owners and investment is avoided at least until the expected profits are accrued.

California paid the piper a number of years ago when due to an absence of investment the electrical grid collapsed in the wealthiest state of the US.<...

ELSTAT: Debt increase to 344.1 billion euros in the first quarter