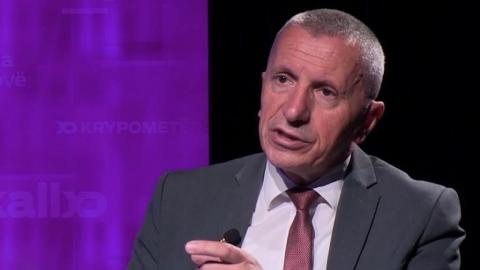 As a political representative of ethnic Albanians in Serbia, Shaip Kamberi never had it easy.

It got a whole lot harder, however, when an election last year yielded a parliament dominated by the party of President Aleksandar Vucic and its allies, leaving Kamberi and his five Albanian and Bosniaks colleagues as the only opposition MPs in the 250-seat assembly.

They face a "hostile" atmosphere, he told BIRN in a written interview.

"Participation in the work of legislative institutions and the opportunity to raise issues that affect our lives is good, even in a Serbia like this which sees Albanians only as enemies and representatives of a lower people," said Kamberi, the 56 year-old leader of the Party for Democratic Action, PDD.

"As the president of a party that has been institutionally fighting for the rights of Albanians for 30 years and a party that has participated in parliamentary elections every time, I am an advocate of the idea that the decision to participate in elections is rational and pragmatic," he said, "despite the fact that none of the previous governments, nor the current one, saw in us possible partners."

Pro-government press 'tries to blacken us'

Long discriminated against, ethnic Albanians in Serbia are concentrated mainly in the southern Presevo Valley, adjacent to the majority-Albanian former Serbian province of Kosovo, which broke away in war in 1998-99 and declared independence in 2008.

Running together, ethnic Albanian parties took three seats in parliament in the 2020 election, which was largely boycotted by the Serbian opposition. They joined forces with three other MPs of the Bosniak minority to form the only opposition force...