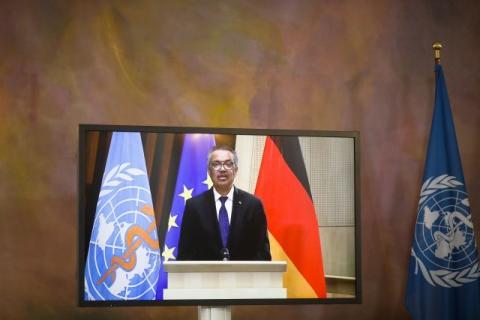 As he stated, they do that by directly addressing the producers in order to provide themselves with more doses.
"Some rich countries are approaching producers to provide additional doses of shares that affect contracts with Kovacs," said WHO Director-General Tedros Adhan Gebrejesus at a joint video conference with German President Frank-Walter Steinmeier.
The number of vaccines allocated for COVAX is therefore decreasing, he added.

The COVAX system was established to avoid rich countries collecting all the vaccines that are still being produced in too small quantities to be able to meet world demands.
The COVAX system is a funding mechanism that should enable 92 low- and middle-income countries to have access to vaccines. But due to the lack of vaccines, the first deliveries to poor countries should start at the end of the month, while in many rich countries, vaccination campaigns started at the end of 2020.

"Money means nothing if vaccines can't be bought"

Answering the question about the obligations undertaken by the United States, the European Union and Germany to significantly increase their contribution to COVAX, the head of the WHO pointed out that money means nothing if it cannot be used for the provision of vaccines.
"We can deliver vaccines to COVAX member countries only if rich countries cooperate and respect the agreements reached with COVAX," he said. He called on those countries, he did not name, to ensure that their behavior does not undermine the COVAX vaccine distribution system, which is managed by the WHO and the Gavi Vaccine Alliance, among other things, but bitterly added that he thinks those countries do not ask themselves...