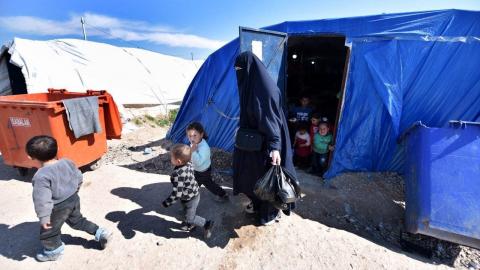 Working with their relatives outside of the centre is also important, Luarasi told BIRN, "in order to reinstate attachment and to guide family members in how they can support the process of reintegrating returnees into their communities."

For Albania, the centre represents a first small step in repatriating its citizens, including children born under the Islamic State. But here, as in other countries in the Balkans, there is considerable political unease, leaving many would-be returnees in limbo, stuck in squalid camps in northeastern Syria where security concerns are high.

On February 8, United Nations human rights experts made a new call for states to repatriate their citizens from squalid camps in northeastern Syria. There are some 27,000 children in the camps, including some 19,000 from Iraq and 8,000 from elsewhere.

Five Western Balkan countries, however, are hesitating when it comes to bringing all of their nationals back home, including at least 130 children.

According to BIRN estimates, there are currently around 50 Albanian citizens still in Syrian camps, some two years since the fall of Islamic State's self-proclaimed caliphate. Roughly 40 of them are children.

Albania found a way to bring a small number of them back without US mediation, but some countries, such as Bosnia and Herzegovina, say they are unable to make contact with Kurdish forces, who control the camps, given they are not internationally recognised.

At roughly 70, Bosnia tops Balkan states in terms of the number of children still in Syrian camps, but the country is dependent on international partners to get them, and 29 women, back to Bosnia....