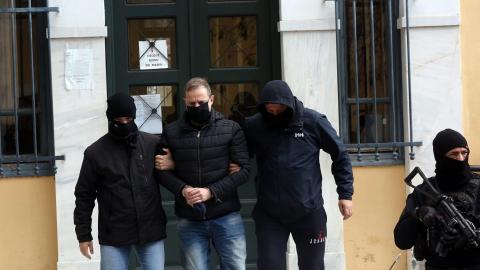 The first public remarks by a top Greek lawyer who has agreed to defend prominent theatre director Dimitris Lignadis against rape charges have caused yet more controversy around the case, which comes amid an upsurge in revelations of alleged sexual abuse in Greece that have been described as the country's #MeToo moment.

Lignadis, the former artistic director of the National Theatre of Greece, is being held in custody ahead of an appearance before an examining magistrate on Wednesday, after he was arrested at the weekend over allegations that he raped a 14-year-old boy in 2010 and another minor.

Lignadis, who voluntarily gave himself up for arrest at a police station in Athens on Saturday, denies the allegations.

He resigned from the National Theatre earlier this month after a series of allegations of the sexual abuse of minors were published by media in Greece, which he described as "rumours, innuendo and leaks".

The controversy continued to escalate on Tuesday as Alexis Kougias, one of Greece's top lawyers, who is now representing Lignadis, told media that the allegations against his client were "lies by untrustworthy individuals" and said that he was being accused by "professional homosexuals".

Kougias described the case against Lignadis as "legal barbarity" and claimed that it was intended to damage the Minister of Culture, Lina Mendoni.

Mendoni has faced growing criticism not only for appointing Dimitris Lignadis as the artistic director of the National Theatre in 2019, but for keeping silent as the number of allegations against him began to grow.

Mendoni told a press conference on Friday that she had been "tricked by Lignadis," who she described as a "dangerous man".

A woman who said she had an affair...